Thousands of media and blog stories are now being produced, circulated and consumed regarding news that two teams of scientists in Japan and the United States have genetically reprogrammed human skin cells into cells “indistinguishable” from embryonic stem cells. As Science notes:

Scientists have managed to reprogram human skin cells directly into cells that look and act like embryonic stem (ES) cells. The technique makes it possible to generate patient-specific stem cells to study or treat disease without using embryos or oocytes–and therefore could bypass the ethical debates that have plagued the field. “This is like an earthquake for both the science and politics of stem cell research,” says Jesse Reynolds, policy analyst for the Center for Genetics and Society in Oakland, California.

The research was concurrently conducted in the laboratories of James Thomson, at the University of Wisconsin-Madison and Shinya Yamanaka at Kyoto University. The results were respectively published in Science and Cell. A summary of the research findings, with a media interview audio clip, is also available here at the UW-Madison news site.

One of the factors underlying the emergence of James Thomson’s work, apart from sheer hard work and intellect, is the array of institutions that support his laboratory and research team (including lead author Junying Yu, pictured here). 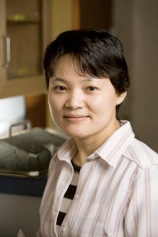 These include national US institutions such as the National Institutes of Health (NIH), foundations such as the Charlotte Geyer Foundation, the State of Wisconsin, and UW-Madison. But if you unpack the term “UW-Madison” what you see that this work actually supported, both directly and indirectly, by a complex of departments (e.g., Anatomy), administrative offices (the Graduate School), schools (the School of Medicine and Public Health), centers and institutes (esp., the Waisman Center and the WiCell Research Institute), intra-university foundations (the UW Foundation), and technology transfer offices (the Wisconsin Alumni Research Foundation (WARF)).

Over the last five years the European Commission, various architects of the European Higher Education Area, and innovation experts from select countries in Europe, have toured the United States seeking to acquire insights on the nature of how American universities have facilitated innovation and development processes at a range of scales (from the urban to the national to the regional). They are particularly interested in acquiring ideas (‘best practives’) about how higher education systems and universities are governed, and how they can better engage with other development stakeholders. Guided by enlightened and scientifically-informed officials in the Delegation of the European Commission to the USA, they have managed to repress the all too common tendency in many countries to glorify the elite private universities (e.g., Harvard, MIT, Stanford) that too many governance reformers set up as icons and models, and unrealistically so. Thus when they visit UW-Madison in the ‘fly over zone’ (between the two coasts) they discover not a perfect institution, but one (given its public nature and broad principles/objectives) that is a much more appropriate American model for the reform of aspects of governance systems at a range of scales in Europe. Like it or not reform is on the agenda, and ideas in the US are being sought out. The issue is what lessons can and should be learned for eventual translation.

One institution that visiting European officials find of particular interest is WARF.

WARF has played a critically important role in supporting the research endeavors of scientists like James Thomson, and enabling breakthroughs like those profiled in the media frenzy right now.

This blog is hardly the place for summarizing how a large and complex institution like WARF works. Suffice it to say that WARF seeks to facilitate the transfer of ‘technology’ (broadly defined) from the thousands of researchers working at UW-Madison to society (including but not always through private firms). As WARF puts it:

The official mission of this private, non-profit organization is to support scientific research at the UW-Madison. WARF accomplishes this by patenting inventions arising from university research, licensing the technologies to companies for commercialization, and returning the licensing income to the UW-Madison to support further scientific endeavor. Since making its first grant of $1,200 in 1928, WARF has contributed more than $915 million dollars to the UW-Madison, including monies to fund research, build facilities, purchase lands and equipment, and support a bevy of faculty and graduate student fellowships each year.

WARF plays no role in determining how these dollars are distributed, however; that decision is left solely with university officials. The purpose of this policy is to allow the commercial use of UW-Madison discoveries while avoiding a situation where commercial interests directly influence the research being conducted on campus. The university refers to WARF’s annual grant as its “margin of excellence” funding, since the grant can be used to support highly innovative, early-stage research for which no other funding sources are available.

Much has been written about technology transfer in general, but the themes that always emerge when engaging in discussions between European visitors and WARF staff are:

WARF is hardly a easy model to replicate. As the WARFers like to say, replication for similar achievement means starting 80 years ago, having access to a $1.3 billion endowment, and being directly attached to a funnel that connects a tech transfer office to over 2,000 research active faculty and over 10,000 graduate and professional level students! But still, many lessons can be learned via the case of WARF.

There remain unresolved debates about technology transfer, and the impacts and value of encouraging university-industry relations and the commercialization of research. But if universities in other countries are seeking to derive ‘best practices’ in the US it is the US’ public universities that are much more realistic and appropriate models for societies (in this case Europe) that seek to emphasize the public good when transforming universities such that more and better quality innovation occurs. The advancements in stem cell research that are being profiled today reflect the emphasis on institutional innovation for the public good, and are an outcome of a strategic and ever changing institutionalization process.