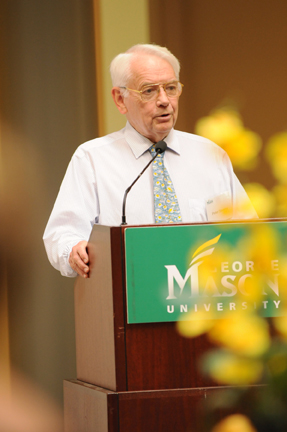 Editors’ note: as noted last week, Nigel Thrift contributed ‘A question (about universities, global challenges, and an organizational-ethical dilemma)’. Peter N. Stearns (pictured to the left), Provost, George Mason University, has kindly helped us launch a series of formal responses, more of which will be posted through to the end of 2010. We should add that some comments are also coming in via the Comments section below Professor Thrift’s entry.

As noted on his biography page, Peter N. Stearns became Provost and Professor of History at George Mason University on January 1, 2000. He has taught previously at Harvard, the University of Chicago, Rutgers, and Carnegie Mellon; he was educated at Harvard University. Dr. Stearns has authored or edited over 100 books. He has published widely in modern social history, including the history of emotions, and in world history. As Provost at George Mason, Dr. Stearns has worked to expand research capacities, to add or enhance centers of strength such as the arts, biomedical research and education, and public health, and to increase the global activities and educational goals of the University.

Nigel Thrift’s recent posting on ‘A question‘, about whether universities adequately geared to help respond to urgent contemporary problems, prompted several responses. Despite all the information available, or perhaps because of it, I do not feel fully equipped concerning the urgent scope of the problems he cites — which is not to dispute the problems, simply the threat-to-the-planet angle. But even aside from questions here, my first basic reaction was a sense of uncertainty about how one might proceed to effect the kinds of changes in university relations he is pleading for. I do think that the larger processes of globalization, even environmental threat aside, in principle call for fuller changes in university relations than we have thus far achieved, but I am not optimistic about rapid response.

A recent effort to discuss international educational links before one of our national academies reminded me of several obvious limitations. Where my plea was for adjustments in our ability to respond to opportunities for international collaborations, the academy seemed most interested in guarding against security threats from foreigners engaged with Americans in scientific research. Nigel Thrift properly notes his concern about national selfishness in constraining universities; in the United States it’s often even worse, with states battling each other to make sure university efforts don’t spill beyond these boundaries, lest precious state funding be dissipated on out-of-state Americans. The challenge of funding is very real. Public institutions in the U.S. are being severely cut back (a trend that began before the current crisis), and this plus the regional parochialism makes it impossible to do much internationally that costs money. We have all sorts of initiatives, but they are largely (a bit of administrative investment aside) fiscally neutral; yet it’s hard to imagine a more ambitious global scope that would not entail substantial investment.

Finally, on the doubts side, I have been recurrently impressed at the difficulty of even bilateral cooperation between two universities internationally. On the U.S. side, our accreditation system can be a serious constraint, which we really need to work on but which is not easy to bring under control. This aside, simply getting two institutions with a shared goal to cut through mutual differences in procedures and approval processes entails an immense amount of work. We’ve been struggling, for example, on a partnership with the University of Malta in the conflict resolution area, despite immediate agreement on the purposes involved; we’re nearing a limited agreement, but the process has taken lots of people over two years to effect. 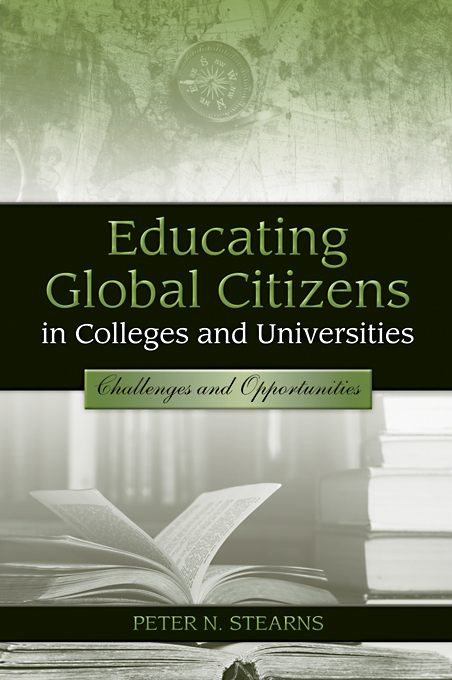 All this said, the idea of a cooperative web of contacts to help deal jointly with pressing problems has immense appeal — so long as it went beyond the pious agreement and rhetoric stage, which is what Nigel Thrift suggests. Extending some research partnerships, for example in the area of global environmental change and data sharing, might be one basis for beginning, as is already suggested.

I wonder also about the potential for some imaginative degree programs, at both undergraduate and graduate levels, under a “global problems” heading. Here, universities might agree that each could develop one year of a program, emphasizing both local strengths in scholarship and local vantagepoints on the problem itself (including for example regional political factors in dealing with the environmental crisis). It would be further agreed that students could move freely among three or four institutions, taking a year in each place, for degree completion, with a local advisor assigned for each year and a multiply-joint degree resulting. The only constraint would be the need to select universities in quite different regions — and of course, costs factors that we would have to help work on as best we could. I could see programs in this area not only on the environment and sustainability, but global poverty and development issues, globalization and resistance and identity issues, food and water, war and violence — the list could be considerable, and intriguingly interdisciplinary as well as international.

An approach of this sort would not only attract venturesome students and give them real experience relevant to careers on global hot topics, going well beyond current study abroad opportunities to real international and intercultural mixtures.  It would also require the kinds of discussions among educators that could encourage other collaborative ideas, better utilization of teaching technologies for international purposes, and so on. I would hope, finally, that any such collaboratives would carefully encourage partnerships among better-funded universities (whatever our current woes) and universities in developing areas where additional faculty and student contacts would be an immense boon.

The goal is a set of teaching connections that would be institutional counterparts to the kinds of research links that, as Nigel Thrift notes, have already been formed among individuals. The capacity to blend institutional requirements, on the basis of year-long chunks rather than laborious negotiations about detailed credit equivalencies, would be a further plus.

The challenge of thinking in more than abstract terms about the issues Professor Thrift has set out is considerable. A new kind of educational initiative, by a potentially wide set of university collaborators using the heart of their enterprise — teaching — as the centerpiece, might move us forward a bit toward concrete opportunities for discussion. 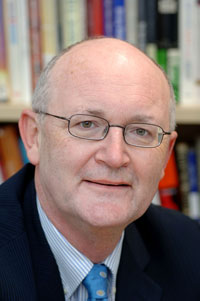 Editors’ note: this guest entry has been kindly contributed by Nigel Thrift (pictured to the right), Vice-Chancellor, University of Warwick, UK.

Professor Thrift, who has written one other guest entry for GlobalHigherEd (see ‘University viewpoint: the University of Warwick on ‘The challenge of global education and research’‘, 6 November 2007), has been very active in contributing to debates about the globalization of higher education and research. See for example, his role in the 2008-2009 UK-US Study Group that produced Higher Education and Collaboration in a Global Context (which GlobalHigherEd profiled in ‘Higher education and collaboration in a global context: a new UK/US (Atlantic) perspective‘, 29 July 2009). Also see his recent article in the Chronicle of Higher Education (‘The world needs global research cooperation urgently, and now‘, 14 February 2010), and his introduction (and Warwick’s role, with support from Canada’s Centre for International Governance Innovation) in the innovative and high impact Warwick Commission on International Financial Reform: In Praise of Unlevel Playing Fields (November 2009).

Nigel Thrift’s contribution is indeed ‘a question’; one that we encourage other ‘architects’ of higher education and research institutional reform to respond to (via <kolds@wisc.edu>).  Some have elsewhere – see for example, Indira V. Samarasekera‘s (President, University of Alberta) piece in Nature (‘Universities need a new social contract‘, 12 November 2009), or Aarhus University‘s convening role (with the support of Lauritz B. Holm-Nielsen, Rector) in the Beyond Kyoto: Addressing the Challenges of Climate Change event held in March 2009. But we are seeking, via GlobalHigherEd, to ratchet up attention on this issue. We are accepting responses through to April 2011, one year from now.

To get the ball rolling Professor Peter N. Stearns, Provost, George Mason University, will respond this coming Monday.  Our thanks to both Nigel Thrift and Peter Stearns for grappling with this issue; one that generates no easy answers but is emerging as a key strategic development issue in universities, higher education associations, funding councils, ministries, etc., around the world. 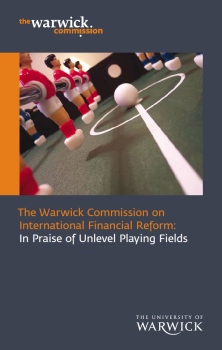 I have a question and it goes like this. Just suppose we are in a period in which the future of human life on the planet is seriously threatened – by climate change and all the negative economic, social and cultural processes that attend it – then are the world’s universities really doing all they could to mitigate and even head off the risks? So far as I’m concerned, it’s a rhetorical question. The answer is – not really. Good, maybe, but not good enough.

Should we be bothered about our role will be in what is often called the long emergency? I think so, and for at least three reasons. First off, it could be argued that universities are the primary intellectual fire-fighters in the current situation, not least because that responsibility has increasingly been abrogated by so many other actors. Second, the vast majority of universities have always – quite rightly – taken their ethical responsibilities to the world seriously, though it would be difficult to argue that universities have always ensured that they have acted in alignment with their beliefs, or indeed adequately translated their knowledge base. Third, if the situation is really so serious, perhaps it could be argued that we are now on a kind of war footing and need to act accordingly.

Now, universities face all kinds of difficulties in living up to these roles and responsibilities, of that I am sure. To begin with, they may be global public goods but they are still largely funded and regulated by nation states who, not surprisingly, tend to see them as national assets to be deployed according to national priorities. Equally, they are often in competition with one another: sometimes, it can seem as if their chief raison d’etre is position in the league tables. To complete the triptych of problems, it is still too often assumed that scientific discovery, which nearly always takes place as part of a network of actors distributed across the globe, is the province of an individual actor anchored in a particular place: think only of the system of prizes and awards. 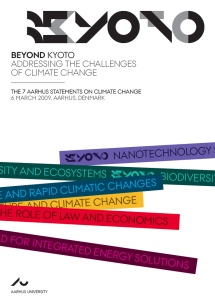 But, if the problems are on the scale that is often now foreseen surely these difficulties do not constitute insuperable problems. What, then, is to be done? I think we should take our cue from the actions of our individual investigators who nowadays exist through a co-operative web of contacts which are automatically international in character. If they can cooperate so easily, surely universities can too. There are signs of progress, of course. National research councils are beginning to link up their research, and not just through the use of large facilities. Universities are fitfully internationalizing though, with the best will in the world, idealistic reasons have not always figured prominently. What I am suggesting is that this business of scientific cooperation now needs to go on apace and perhaps even as one of the conditions of the survival of the species. The stakes may be that high. To put it another way, nation states may not have been able to get their act together at Copenhagen but surely Universities – supposedly engines of reason – can.

Assuming you agree with the proposition, the question I raise is: are universities optimally organized to address the fundamental ‘global challenges’ that exist, and at the pace these challenges deserved to be addressed? If not, what should be done about this organizational-ethical dilemma?