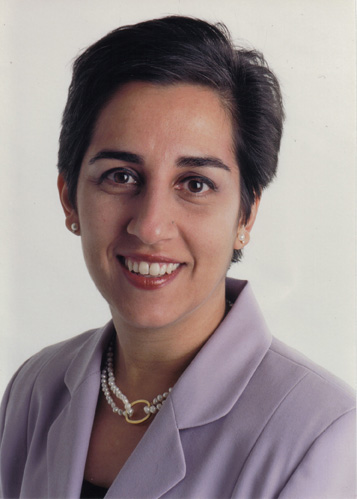 Editor’s note: this guest entry was kindly produced by Gisèle Yasmeen, Vice-President, Partnerships, Social Sciences and Humanities Research Council of Canada (SSHRC). SSHRC is an arm’s-length federal agency that promotes and supports university-based research and training in the social sciences and humanities. In this position, Gisèle is a key member of the senior management team, responsible for leading and directing partnership development and knowledge mobilization — an important pillar of SSHRC’s strategic direction. She also oversees the management of the suite of SSHRC targeted programs, including joint initiatives, Community-University Research Alliances, the International Opportunities Fund, strategic knowledge clusters, and strategic programming. People with particular interest in the theme of this entry should note that the Sixth International Conference on New Directions in the Humanities will be held in Fatih University, Istanbul, Turkey 15-18 July 2008.

Discussions over the last several decades in both North America and Europe have questioned the ‘place’ of the humanities particularly with respect to science and technology and questions have been posed regarding the value and ‘usefulness’ of liberal arts education and scholarship. Similar discussions have taken place in GlobalHigherEd on the relationship between the Fine Arts, Business Schools and the ‘innovation’ agenda. A recent piece in Times Higher Education entitled ‘Soul Searching’ nicely lays out the crux of the matter, namely, clearly articulating an effective value proposition for the humanities without falling into the trap of facile utilitarianism. Matthew Reisz explains:

There is no shortage of people wanting to study the humanities, so the only real test of the ‘crisis’ is whether academics can offer compelling arguments for the value of what they are teaching, in both senses of that phrase – the importance of the subject matter and the positive effect it can have on students’ lives.

As scholars such as Chad Gaffield and David Bentley have articulated in several papers over the years, it is essential that the foundations of the value proposition for the humanities be balanced between articulating the intrinsic as well as the extrinsic worth of the liberal arts project. This balance, and the link between both types of value, is needed to ensure that the intellectual contribution of humanities scholarship is not lost to potential audiences.

Humanities scholars are well aware of the intrinsic value of what they do. Indeed, a major focus of humanities scholarship is the study of values in and of themselves. The challenge is for the uninitiated understanding of what is often taken for granted, namely, the fundamental importance of languages, literatures and other narratives/texts, as well as philosophical and historical considerations as central to the framing of human consciousness and intellectual activity. Words and narratives have power, enable us to give meaning and are rooted in culture, beliefs and value-systems.

For example, women’s suffrage or the abolition of slavery did not emerge overnight but were the result of the articulation of values juxtaposed with various texts including fiction, essays, legal treatises and other uses of rhetoric which eventually resulted in entire societies being persuaded of the need to change their belief systems, mental models, governance and modes of production.

Humanities scholarship, rather than being a disciplinary exercise, is about approaching knowledge in a certain way; one that privileges a close interpretive examination of languages, meanings, values, culture and aesthetics. Hence, the so-called ancient ‘battle’ between ‘arts’ and ‘science’ is, in many ways, a spurious one. We ought to, instead, see these approaches as complementary types of human intellectual activity.

As in renaissance times, a well rounded, educated human being ought to be knowledgeable about a variety of areas and, of course, be skilled as thinker, communicator and leader. This brings us to the question of the extrinsic value of humanities education and scholarship. To be sure, the value-proposition does tend to be defined in these terms (or not) by the media, governments (including granting agencies) and, sometimes, universities. The ‘development of talent’ is a crucial argument to be made for a humanities education, which is an essential building block for success across academic, public, private and not for profit sectors.

Interesting trends to note in the Humanities

There are three profound trends to note in the humanities that warrant being mentioned as they provide concrete examples of the value-addition of the humanities in far-reaching and innovative ways:

It is a thoroughly exciting time to take an interest in the humanities. To be certain, there are challenges associated with maintaining and increasing public and private resources for the humanities to thrive. However, the cornerstone to establishing a successful strategy, as Mary Crossan argues, is the development of a solid value proposition. This includes effective rhetorical strategies for those committed to the ‘interpretive and linguistic turn’ – as part of a framework for strategic analysis and action – explaining why their scholarship and teaching are so very important to various constituencies across the public, private and not-for-profit sectors with whom partnerships and alliances are essential.