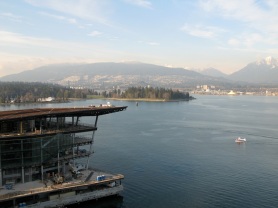 Sprott Shaw Community College, originating in Vancouver, has grown over the last years to include 20 locations across the province of British Columbia, training 4, 500 students each year with the aim of preparing them for successful employment. CIBT Education Group intends to export Sprott Shaw Community College’s vocational programmes to China. According to Toby Chu, Vice Chairman, President and CEO of CIBT, “over 250 million workers from rural China are gradually migrating to the coastal and urban cities of China in search of better paying jobs to improve their standard of living. These workers will require extensive vocational re-training or career enhancing skills in order to secure better paying jobs in China’s modern and rapidly advancing economy. With 104 years of operating experience and over 140 additional career, vocational and degree granting programs available to us, this expansive network of supporting infrastructure, teaching resources, knowledge and experience provided in this transaction with Sprott-Shaw Community College adds tremendous value to CIBT Schools in China and our overall business.” CIBT managers based in China will ‘repackage’ Sprott Shaw’s programmes for a specifically Chinese market.

As has been observed before on GlobalHigherEd, China offers a huge potential market in higher and further education. CIBT Education Groups notes in a recent Executive Summary that with 320 million students in 1.35 million schools China has the largest education system in the world. However, it is unable to meet the demand in higher education (with only 1.3% of the population currently enrolled in university compared to 5.4% of the population in the US). According to CIBT, an additional 20 million people are seeking vocational training.

At the same time as providing educational places in China, the programmes proposed by CIBT will also initiate flows of Chinese students into the Canadian education system. CIBT runs four-year courses, of which students spend two years ‘overseas’. This new initiative will direct students to British Columbia for two years of their four-year course. The practice of sending Chinese students to overseas institutions is already established by CIBT. The company has ‘credit transfer agreements’ with universities in the US, Canada, Australia, New Zealand, Malaysia and the UK, which enable Chinese students to transfer credits earned at CIBT institutions in China to these overseas ‘academic partners’ – thereby receiving a valuable overseas degree at the end of their course.

This is a further example of Canadian firms seeking to ‘do business’ in China. In 2007, CIBT was named in a report by the Asia Pacific Foundation of Canada as a case study of Canadian companies that have developed successful ‘Asian strategies’. CIBT has also established partnerships with large private education providers in the US, such as Western International University and WyoTech. In the next two years, the Group plans to build 40 new Education Centres in 40 different Chinese cities located within existing colleges or universities. It also has plans to acquire other state-owned colleges and to transform them into ‘private business colleges’.