Link here for an Inside Higher Ed version of the same article.

After nearly 12 years living in the United States, I continue to be perplexed by this country. As I noted when acting as a respondent to Anya Kamenetz at ED Talks Wisconsin last Friday night, the US is an amazing place when it it comes to unleashing and scaling up a multiplicity of innovations related to higher education. Kamenetz’s recent books capture many of these innovations; a veritable cacophony of experiments, some successful, some still with us, and some quickly dated (is anyone still talking about Second Life?!). This said, the US has a troubling history of seeking easy ‘silver bullet’ solutions to complex higher ed challenges that can only be addressed by the state and other stakeholders (including universities) in a strategic, systemic, and sustained way.

Back on the ed innovation topic, as an economic geographer it is mandatory of me to point out that all innovations are placed; they’re dreamt up, variably fueled, and then scaled up such that they can potentially leave their mark on multiple locales and/or larger numbers of people. The unruly process of innovation, being what it is, means that innovations are translated – the take-up/utilization process, the interpretation process, and the impact generation process, vary across space and time via the translation process.

A case in point is the phenomenon of Massive Open Online Courses (MOOCs). While we can argue about important histories and practices, we do know that the first online MOOC was dreamt up and run in Canada (see ‘What is a MOOC? 100k people want to know‘ and ‘All about MOOCs‘) courtesy of some innovative scholars, state-run funding councils (the Social Sciences and Humanities Research Council of Canada and the National Research Council), and the facilitative work of two universities (the University of Manitoba and the University of Prince Edward Island).

It’s also worth noting that three of these scholars (Dave Cormier, George Siemens, and Bonnie Stewart) are co-authoring a book length manuscript about MOOCs. I’m thrilled that some reflective practitioners are crafting a book that uses MOOCs as a lens through which to make sense of the transformation of higher education. The narration of the early history of MOOCs is also an important activity as the scale of hype needs to be matched by quality analyses that factor in a wide array of developmental dynamics. See, for example, this informative talk in February 2013 by George Siemens:

Link here for a copy of his slides.

Keep an eye on the websites and Twitter feeds below, too, for insights and a range of reactions as the formative thinkers behind the MOOC phenomenon react with a mix of fascination and horror to what is unfolding right now.

While there is a lot of attention to the role of key disciplines (especially computer science), universities (Stanford, MIT, Harvard) and key city-regions (Silicon Valley, Boston) in the subsequent creation of the MOOC juggernaut we’re so intensively debating, it is also worth reflecting upon the way the idea of the MOOC has been taken up and interpreted outside of North America.

As noted in an earlier entry (‘Are MOOCs becoming mechanisms for international competition in global higher ed?‘), MOOCs are generating some serious attention and concern in other parts of the world. This has led an increasingly large number of non-US universities to tie up with platforms like Coursera and edX as was evident when they expanded a few weeks ago (see ‘Twice as Many MOOCs‘). Meanwhile, the UK has launched its own MOOC (Futurelearn), the University of Amsterdam is experimenting with its own MOOC, and a Berlin-based platform known as iversity has “relaunched” as a MOOC platform with an eye to “becoming the Coursera Of Europe.” Thus while we see the UK’s Futurelearn driven by the state (and public universities), this nascent ‘European’ platform is being driven ideas and capital associated with a German think tank and investors including “BFB Frühphasenfonds Brandenburg, bmp media investors AG and the Business Angel Masoud Kamali.”

On the other side of the world, the Australian Trade Commission (Austrade), though largely via its Washington DC-based office, has been tracking this phenomenon and recently published a report (‘More than MOOCS: Opportunities arising from disruptive technologies in education’) on MOOCs from an Australian perspective. Unfortunately the Austrade report cannot be publicly circulated which is unfortunate given the ostensibly ‘open’ nature of the phenomenon. In contrast the European University Association (EUA) has been happy to encourage the circulation of its early views on MOOCs via this February 2013 report. It is is worth noting that the EUA has launched a taskforce to consider this phenomenon in a more strategic sense.

All of the above, and many things I have not flagged, act as food for fodder for the MOOC I am just starting to develop with my colleague and GlobalHigherEd co-editor, Susan Robertson. The course is titled Globalizing Higher Education and Research for the ‘Knowledge Economy’ and it starts in January 2014. As we note on the course site:

Universities, and higher education systems worldwide, are being transformed by new or changing practices, programs, policies, and agendas. From notions of ‘global competency’ and the ‘global engineer,’ through to ever more common perceptions that international collaborative research is a desirable objective, through to the phenomena of bibliometrics, rankings and benchmarking that work at a global scale, contexts are changing.

This course is designed to help students better understand the complex and rapidly changing nature of higher education and research in a globalizing era. A complementary objective is to experiment with the MOOC platform and assess how well it works to support international collaborative teaching and service.

While we have not yet developed a detailed syllabus, it is clear that we we’ll be including one class on the long history of distance education, in which we’ll assessing MOOCs and their developmental dynamics. With some effort, and creative thinking, we hope to stretch the Coursera platform along the way so that it incorporates some of the more connectivist agendas built into the first MOOCs. Indeed this already happened in small but important way. To cut a long story short, the launch process involved providing a variety of forms of information about the course and the instructors to the CA-based firm. Coursera, however, signs contracts with individual universities and courses are listed by university name or subject. On launch day (20 February 2013) the platform implied Susan was a University of Wisconsin-Madison professor. After several hours of work Coursera’s engineers were eventually able to reconfigure the platform to recognize multi-institutional affiliations: this was not a surface edit of their website for an element of the entire platform had to be redesigned. While our course is still badged as a UW-Madison one (the University of Bristol is not affiliated with Coursera), this is, perhaps, a tiny step on the path to creating more effective and open international collaborative platforms for teaching, advising, and public service. 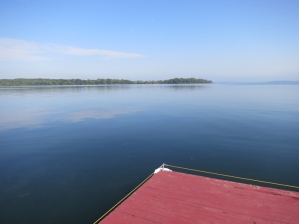 Well, I survived the first week of the 2012-2013 academic year as new department chairperson, as well as the near doubling of student numbers in my new (as of 2011) online course (Geography 340 — World Regions in Global Context).  The experience of creating an online course from scratch has been a fascinating one; a form of ‘learning while doing’ that I highly recommend. The experience reinforced the point made in many reports and articles that it takes on average three times as much effort and money to create a new online course, and that they require a lot of ongoing effort to run if you want students to be engaged and actually learn. I’m also curious, after the last 1.5 years of working on this, how many of the ‘disruptive innovation’ propagandists have ever taught an online course, or run an online education program.  Not many, I would wager.

The prior week included a great half-day event for department chairs, center directors, deans, etc., at UW-Madison deemed the ‘Leadership Summit.’ The event kicked off when our Interim Chancellor, David Ward (and former president of the American Council on Education) gave a fantastic context-oriented talk about the past, present and future of public higher education. David Ward has a unique ability to be analytical but also identify challenges and opportunities that are tangible and can be worked with. There aren’t many people who can be critical about how we are still trapped in many “Victorian-” and “Edwardian-era” structures and assumptions (e.g., the timetable), while at the same time flag how we are making progress on a number of fronts and we have some real opportunities to keep the ‘public’ in public higher education. It’s hard for me to summarize all of the points of his talk, but suffice it to say Ward was implying educators need to be both more aware of the structural changes underway in higher education (including outside the U.S.), but at the same time we have no choice but to rely on ourselves to fashion realistic solutions to the stress-points that exist. In short, the pendulum has fallen off the pin that enabled cyclical change for decades past, and we’re shifting into a very different era; one with no explicit social compact about the ideal balance of public and private support for the U.S. higher education system. Ward is too experienced and smart to latch onto the ‘disruptive innovation’ hype circulating through U.S. universities right now, and instead advocates bottom-up forms of education innovation that we, as faculty and staff, delineate and push forward.

Besides these start-of-term reflections, I also wanted to inform readers of GlobalHigherEd that my May 2012 entry titled ‘International Consortia of Universities and the Mission/Activities Question‘ has just been updated.  Representatives of several consortia that were not flagged in the original entry contacted me so I’ve added them the long list of consortia in the latter half of the entry. Debates continue in internationalization circles about the efficacy of international consortia of universities and this entry is designed to provide some food for fodder to further these debates.

Finally, I wanted to let you know that one of the OECD’s flagship reports — Education at a Glance 2012: OECD indicators — will be released this coming Tuesday and I’ve got an embargoed copy that is chock-a-block full of insights. I am working up a new entry about the 2012 report that is modeled, to a degree, on my September 2011 entry titled ‘International student mobility highlights in the OECD’s Education at a Glance 2011.’ If I can hide behind my office door for some of Monday I’ll post the new entry on Tuesday (or Wednesday at the latest).

Best wishes at the start of the new academic year (at least here in North America)!