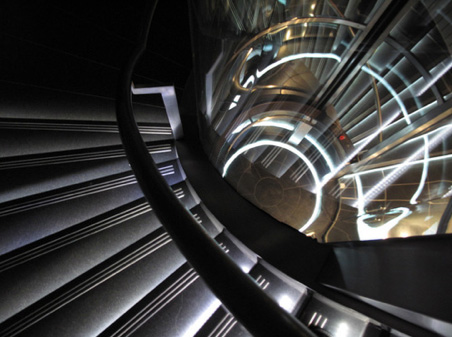 It is perhaps appropriate, following our two most recent entries, to welcome our new Inside Higher Ed readers to GlobalHigherEd – both the Inside Higher Ed site (est. June 2010), and the WordPress.com base site (est. September 2007). We look forward to engaging with our new readers, and also using this opportunity to propel GlobalHigherEd forward for our long-standing supporters.

Apart from the weblog, it is worth noting GlobalHigherEd established a Twitter service in October 2009 (see ‘Tweeting about Phoenix’s Chicago, Chicago’s Phoenix, and other matters‘). We’ve been maintaining the service @ http://twitter.com/globalhighered with several postings throughout most days of a typical week. We’ve posted 1,155 ‘tweets’ since the service was established and have attracted approximately 850 ‘followers’ to date.

Given how well things are going on this front, we’d like to encourage our new Inside Higher Ed readers to subscribe to Twitter and start following the GlobalHigherEd Twitter service for it complements the weblog, and provides a steady stream of links to relevant articles, reports, news stories, graphics, micro-analyses, and so on that we just don’t have time to cover in longer entries.

The Twitter archive for our site, as well as several other sites on this topic, is laden with material about the globalization of higher education and research.  And, as we have noted before, Twitter is the least immersive of digital communications technologies so access to this resource is really not a challenge. You can make of Twitter what you will, and to assist you in the process we’re starting to add a series of thematic ‘lists’ that bundle different types of Twitter services. As the author William Gibson (in his Twitter service Great Dismal) puts it “Twitter is like little animated hieroglyphics in the margins of a working manuscript, offering obscurely breaking news.” We could not agree more with this analogy for it captures the momentary aspect of the service, but also the fact that it can, if desired, be used to build up elements of a base for a more lengthy and substantial contribution.

The Twitter phenomenon, not to mention the weblog phenomenon, are now associated with a variety of higher education media outlets. This development both reflects the changing nature of the media, but also the enhanced pace of contextual change many of us are coping with, and contributing to. Our next entry will deal with these phenomena, though by highlighting their role in the rapid development of more ‘global’ coverage in the mainstream higher ed media outlets.  This said, it is clear that the traditional outlets (e.g., Chronicle of Higher Education; Times Higher Education), and as well as relatively newer digital-only outlets (e.g., Inside Higher Ed; University World News), are all adopting very different approaches when seeking to achieve this global coverage objective.

In any case, more on this topic shortly. But for now, welcome to our new Inside Higher Ed readers!