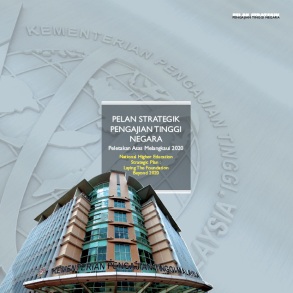 In many developing countries, and Malaysia is no exception, the national government has seen fit to steer higher education policy in a direction that is in the ‘national interest’. This notion of ‘national interest’ is best exemplified by the changing relationship between the state, higher education institutions and the market. We would like to think that after independence in 1957 the state facilitated the growth of universities appropriate to both national and regional circumstances at that time. While serving the ‘nation interest’ public universities were also pursuing objectives that are some semblance of the “idea of a university” right up to the late eighties. However, during the 1990s, the government began to intervene in the higher education system and there were many policy changes that higher educational institutions have found to be increasingly complex and unmanageable. We would like to assume that these changes, as explicitly outlined in the National Higher Education Strategic Plan 2020 and detailed out in the National Higher Education Action Plan, 2007-2010, are Malaysia’s responses to fast changing global landscape of higher education and the rise of the ‘Asian Century’.

We are tempted to conclude that, following Readings’ (1996) The University in Ruins, the likely scenario for Malaysia is as follows:

historically the integrity of the modern University has been linked to the nation-state, which it has served by promoting and protecting the idea of a national culture…now the nation-state is in decline, and national culture no longer needs to be either promoted or protected. Increasingly, universities are turning into transnational corporations, and the idea of culture is being replaced by the discourse of ‘excellence’.

And in relation to the two blueprints on Malaysian higher education, Jermadi and Disney writing in the latest issue of Prospect Malaysia (a higher magazine in Malaysia) caution us as follows:

Those with long and cynical memories will recall numerous previous strategies; those who glance at the more recent past will find blueprints and studies upon which the ink is barely dry. So what’s new about these recent proposals? Are they necessary, are they original, and are they workable? The short answers to these questions are: ‘yes, no, and yes’.