Yesterday GlobalHigherEd ran the first of 4 in-depth reports on battle for market share of higher education – on the Major Players. Our reports draw from a major study released this week by the Observatory of Borderless Higher Education (OBHE) on International Student Mobility: Patterns and Trends. The Observatory report identifies four categories: (1) the Major Players; (2) the Middle Powers; (3) the Emerging Destinations, and (4) the Emerging Contenders.

Today we look at the ‘Middle Powers’.

The Middle Players are Germany and France who share, with 20% of the total amount of all foreign students (compared with the Major players who have 45%). In contrast to the Major Players who attract students from all over the world, the Middle Players attract students from regional European countries, or those where there are strong cultural and historical ties – for instance in the case of France – Morocco, Algeria and Senegal. 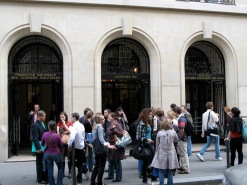 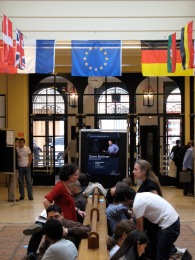 However, both Germany and France have also managed to significantly increase their numbers of students from China – one of the two major target destinations for recruiting – by around 500% over the past 8-10 years.

In 1997, Germany recruited 4980 students – by 2006 they had recruited 26,390. Similarly, France recruited a mere 1,374 students from China in 1999 – by 2005 its numbers had increased to 15,963. Compare this trend with the US – who in 1997 recruited 42,503 – increasing to only 62,583 in 2006. Only Australia and the UK have figures close to those of France and Germany in relation to an expanding share of the Chinese market. The OBHE also notes that these two Middle Powers have failed to target India, making them less strategic in their approach to the market.

However, the advantage that these Middle Powers have, at least for the moment, is their value for money (low fees and affordable living costs) and the move to teaching in English (see our report last week). The question is, how long that advantage might last? The European Commission is pressing its Member States to consider imposing or increasing student fees in order to augment flagging higher education budgets.

Given the above developments, GlobalHigherEd sees a tension emerging between (i) attracting talent for the knowledge economy (stream lined visa systems for retention, R&D infrastructures etc) , (ii) being an attractive destination for higher education (aka low fees, low living costs, high quality product), and (iii) getting a higher return to the institution and the economy by way of fees.

The question for these Middle Powers is how to become major global players, and what might be the costs and benefits in doing so.

3 thoughts on “Battling for market share 2: the ‘Middle Powers’ and international student mobility”